The ALEC OMNIBUS: THE YEARS HAVE PANTS by Eddie Campbell 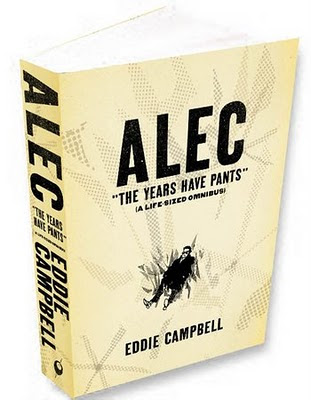 "My participation in comics originally grew from my personal admiration for the work of Eddie Campbell, both in partnership with Alan Moore (on FROM HELL) and on his own (in the inimitably observant ALEC stories, as well as the irreverent BACCHUS tales). Driven to expose Eddie's work to the widest possible audience, I entered the comics business as Eddie's distributor in the United States, and soon thereafter partnered with Brett Warnock to re-launch Top Shelf. Fifteen years later (!), I'm holding in my hands one of the things I'm most proud of: A gorgeous edition of Eddie's groundbreaking autobiographical comics, collected in a giant 640-page single volume!" -- Chris Staros

A brief description: Brilliantly observed and profoundly expressed, the ALEC stories present a version of Eddie's own life, filtered through the alter ego of "Alec MacGarry." Over many years, we witness Alec's (and Eddie's) progression "from beer to wine" -- wild nights at the pub, existential despair, the hunt for love, the quest for art, becoming a responsible breadwinner, feeling lost at his own movie premiere, and much more! Eddie's outlandish fantasies and metafictional tricks convert life into art, while staying fully grounded in his own absurdity. At every point, the author's uncanny eye for irony and wry self-awareness make even the smallest occasion into an opportunity for wit and wisdom. Quite simply, ALEC is a masterpiece of visual autobiography.


Or see both (and more) at EDDIE CAMPBELL's webpage:
Top Shelf

Here's what people are saying:

"ALEC is magic, and even if I knew how all of it was done I'd be doing you a disservice if I pointed out the wires and mirrors. ... It is written by someone who obviously finds being alive an endless source of novelty and conundrum." -- Alan Moore

"Do you need me to tell you how good Eddie Campbell is? Or that ALEC is probably the best book-length comic about art and wine and midlife crises and families and friends and wine and love and art and saying goodbye and terror there is?" -- Neil Gaiman

"This impressive collection -- a high-water mark in the graphic novel's short history -- confirms that no one else in the medium combines emotional truth, literary intelligence, and formal daring with such adroitness and elegance." -- Booklist (starred review)

"Witty and thoughtful ... a great and epic comic documentary novel like no other." -- Publishers Weekly (starred review)


Posted by alex-ness at 2:09 PM No comments: Links to this post 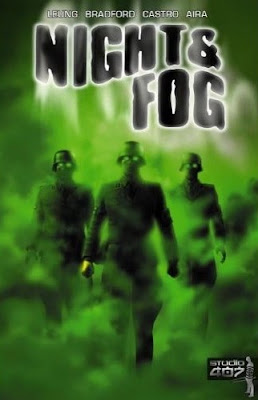 (December 22, 2009, Hollywood, CA) Studio 407 announced today that their sci-fi horror property Night and Fog has been optioned for film by renown producer Gil Adler and Shane McCarthy. No stranger to comic book material, Adler has produced such comic book films as “Constantine,” “Superman Returns,” as well most recently “Dead of Night” which was based on the popular Italian comic book Dylan Dog.

Said Adler: “This material is definitely in my strike zone in more ways than one. And having produced the “Tales from the Crypt” series and some Dark Castle horror films, I can say horror’s a genre I know intrinsically. But what really appealed to me wasn’t so much the genre trappings, but rather the characters that really drive this story.”

Tied to an unsolved mystery from World War 2, Night and Fog, tells the story of a “Frankenstein” like infectious mist unleashed on a military base that transforms its victims into preternatural creatures of the night. But when the survivors try to kill them, they adapt and change into something even more horrific and unstoppable. Caught in between, is a security officer on the base who must escape this gauntlet of horror to save his children before the creatures kill them or the fog infects them.

Added Adler: “When I read this I knew I had to take it off the market. It’s a great high-concept that blends the gothic horror of the Hammer films with the sci-fi horror of “Aliens” and “The Thing.”

“We’re really excited to see Gil’s take on the story,” remarked Studio 407 Managing director Alex Leung. “We’re also honored to be working with an experienced guy like Gil, who knows how to play up iconic figures and can tie them into a horror setting. He’s the perfect person to bring Night and Fog to life”.

Adler and McCarthy are also working together to produce the adaptation of “Havana Nocturne” along with Eric Eisner, and recently optioned Ken Bruen’s crime thriller “Tower.” Leung will also serve as a producer on the film, having worked on Jackie Chan’s “Around the World in 80 Days” as an associate producer, and most recently executive produced the horror film “Hunter” with Stallion Media (“Punisher: WarZone”).

Night and Fog is currently available in comic shops in the single issue format and digitally on I-Phone through Comixology. It will be hitting stores in a trade format April/May 2010.

To see more of the products from Studio 407 you can visit www.studio-407.com. Retailers should email info@studio-407.com to get the release information mailing list.

About Studio 407: Studio 407 brings together the imagination and creative talents of writers and artists from North America and Asia to generate a flow of distinct and kinetic East-meets-West entertainment. A writer driven studio that blends innovation with tradition, Studio 407 is dedicated to publishing the highest quality in comics and manga across a wide variety of genres. From capes to kung fu, giant robots to vampires, and secret agents to mad scientists; at Studio 407, we sweat the details. Studio 407
Posted by alex-ness at 10:46 AM No comments: Links to this post

TIGER in the outhouse 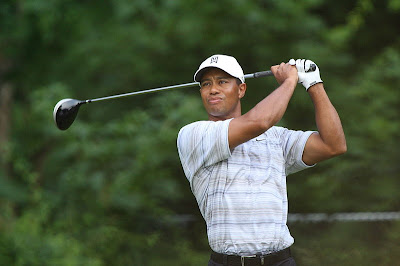 Fallen idols never seem to recover, but think of this fact, Tiger Woods is being assailed for private behavior and is losing money for image, none of which have anything to do, with the thing he built his empire around, his game. I am not a fan of Golf, I find it rather boring in fact. But it isn't like he used steroids to improve his abilities, nor cheated to achieve a better score. He acted foolishly in his personal life.

I consider sports a part of mass culture, popular culture then by extention. A person like Tiger Woods can be seen on television selling products, and making money. But if he were to disappear from those commercials, and just play golf, he'd still be rich, more so than 98% of the world's population. I find it hard to summon sadness for his loss of income.
Posted by alex-ness at 1:51 PM 5 comments: Links to this post

No Worrying this Christmas, just WorryWoos!

Watch this video and then go HERE
Posted by alex-ness at 1:16 PM No comments: Links to this post