The Power of Image

The power of an image to change our mind is great.  Capturing events can filter the emotion of tragedy and share it for others to see. 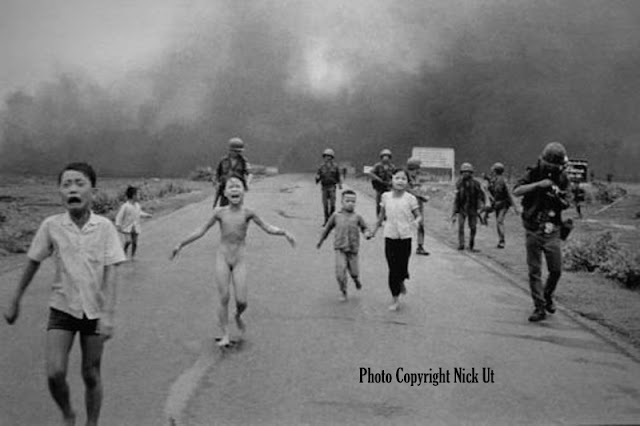 Some show the terror or horror of children in war.  Despite knowing that war is brutal and kills innocents, it is good to be reminded of that truth. 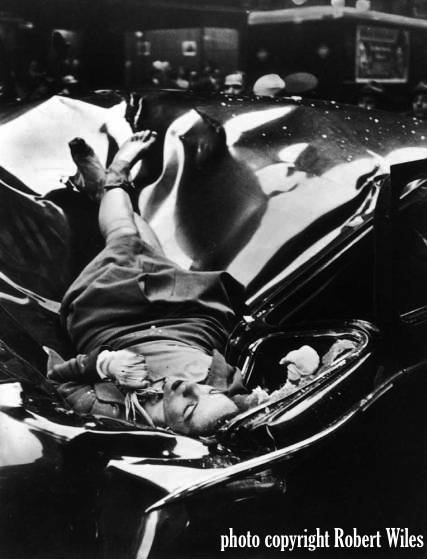 A woman leapt from the top of the Empire State Building in NYC.  Her reasons for it are still rather unclear, but we choose to forget those, we prefer to look at the end result.  It was a tragedy, but the image left behind is spectacular. 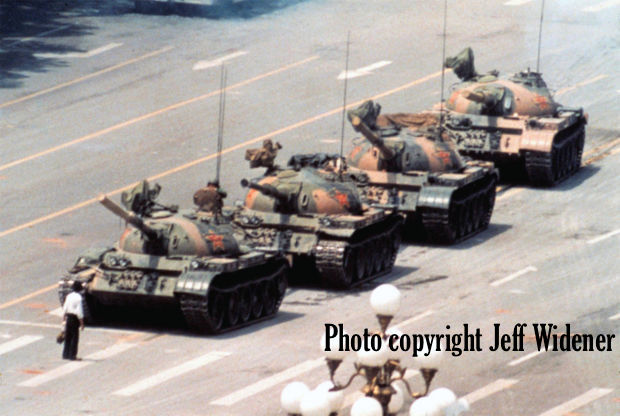 When an anonymous Chinese man saw tanks moving in a line towards the protests and camp at Beijing's Tienanmen Square he stood before the lead tank, and refused to let it pass.  The tank didn't crush him.  The tank didn't kill him or wound him.  The image of one man standing against the power of the state left behind a memory of bravery, honor, and love for fellow humans.  Americans stood off in a corner of our world without understanding what was going on, Tank Man became our hero. 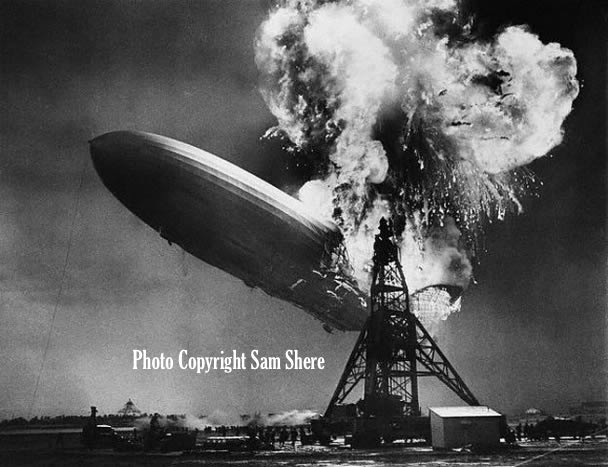 This article makes use of photos that captured moments and emotion, by photographers who might still own the copyright of their work.  Therefore I've noted the photographer's name and listed it as a copyright owner for each pic.  It  might not be accurate.  I am simply saying that I am not challenging or claiming to own any copyright of the works shown. 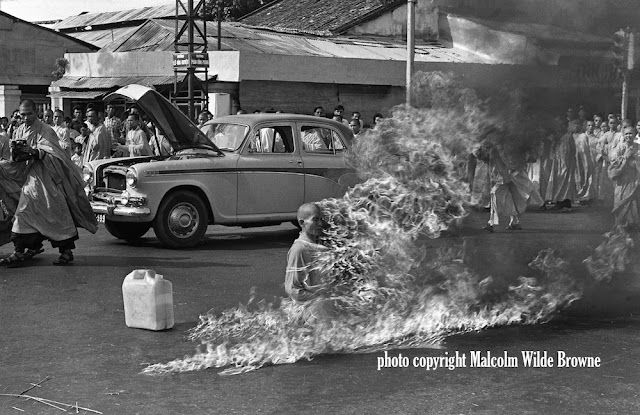 Wars have ended due to perceptions by one side (or perhaps both) that they were losing.  In the 20th century the role of images played an enormous and changing role in war.  In the Vietnam conflict were tired of hoping for an end, and various images of war made such an impact, there was no returning to supporting the war with innocent eyes. 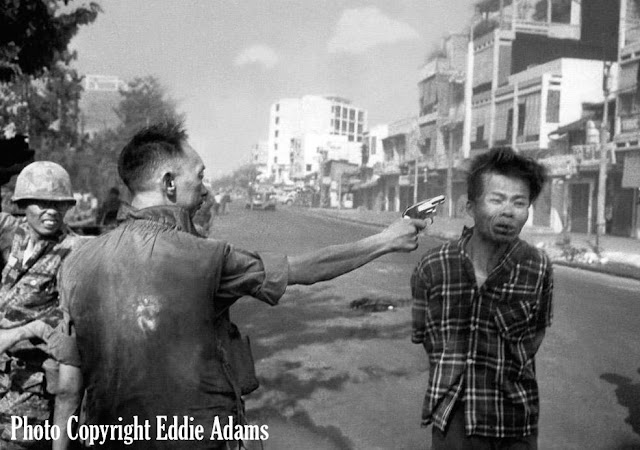 At times the horror of a photo raised awareness of a situation, such as a famine.   In the photo of the child starving, the photographer captured an image of a child unable go further in her attempt to reach the aid station.  The buzzard seemingly waits for the death.  And the photographer killed himself due to his feelings of guilt following. 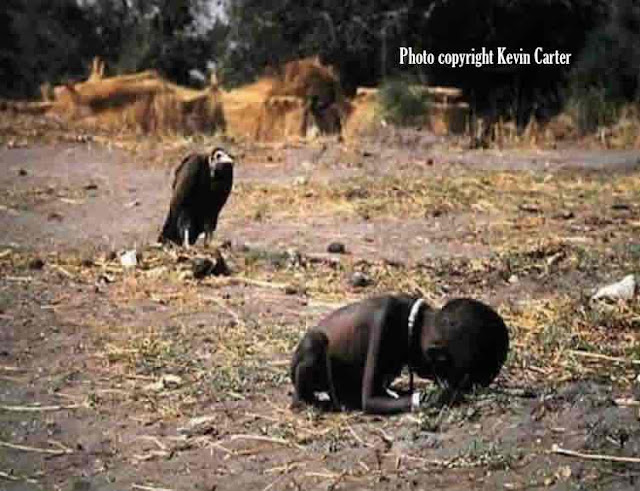 Posted by alex-ness at 12:29 PM No comments: Links to this post