Life Lessons from the Kaiju

If you accept certain aspects of living, you might well understand, that the Kaiju do not provide simple minded entertainment.

Varan arose from a world not yet modern.  Even after modern wars, and nuclear development, we had areas of the world that were wild, savage, undefeated.  They were there, and whatever we might do, as modern men, nothing mattered.

Gojira/Godzilla arose from the nuclear tests, and challenged modern society and destroyed it.  Humans and their discoveries were useless, for even as the oxygen destroyer killed one, the knowledge it required, and the atomic powers of creation meant, Godzilla would endure. 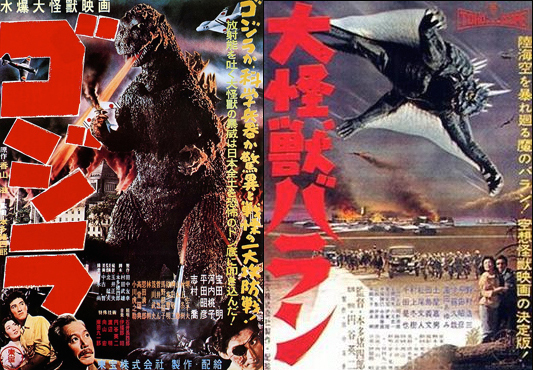 Mothra, Radon/or Rodan, and King Ghidorah present the world with beasts that exist outside of our ability to control.  They cannot be defeated, not matter our efforts, they will return.  Rodan and his mate were destroyed, and he returned.  Mothra has evolved from larva to moth, and it has endured.  King Ghidorah, the monster from space, refused to die, despite being defeated.  We cannot defeat it, only hope to push it back, to slow it it down, to make it think before attacking once again.  We are human, we must be made extinct, or we will resist.

Not only do we not possess the ability to fight that which is eternal. we cannot hope to defeat that which is beyond our understanding. Yes, there are forces we are powerless to fight.  The concept of Kaiju is not foolishness, it is an awareness, of that which we can neither fight, nor destroy.

Modern society is Tokyo Bay.  How do we defend it?  How might we choose to  make our own world different?  Depth charges, bomb, laser beams, missiles even nuclear bombs do not matter.  What matters is, and it is said with humility, what matters is faith.  Faith is important, to other humans, and to the world in which we live.

I confess, I experience a religious experience when I view a movie that shares the world of the Kaiju.  I know, intellectually, that what I view is not the truth of human experience. And yet, yet, I know, there is a universal truth that exists whatever I believe, and the Kaiju are so great that I am a fool to think I might understand them.
Posted by alex-ness at 5:16 PM No comments: Links to this post 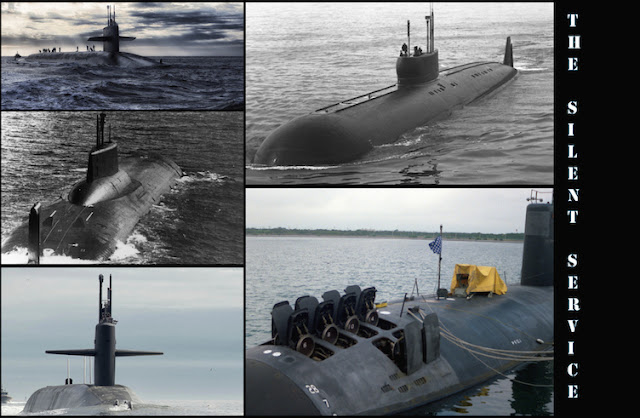 The world of the submarine, in wartime as well as peace is very much a locked room mystery.  It is a confined setting, even claustrophobic place.  The world's nuclear balance is meaningless, because if even one of these platforms to launch nuclear weapons remains viable, there is a threat of final destruction.  Hidden in the deep, their job is to exist, simply, so that if an enemy strikes, they can guarantee by launch, the enemy will not be able to survive.  As such, stories that revolve around their existence are powerful.  We can only hope that we as the reader, will never have to know how powerful even just one submarine can be. The world of the Submarine is covered in books, games, models, comic books and film. 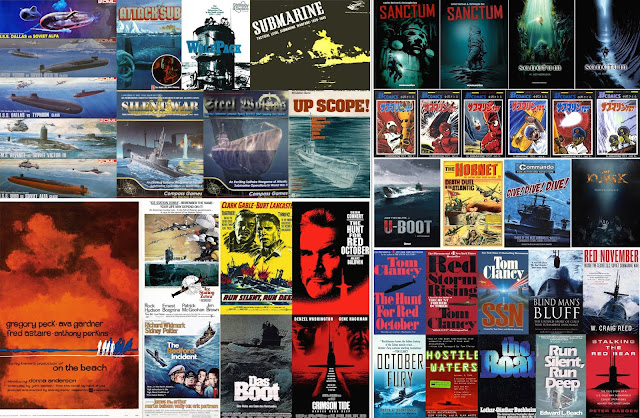 Posted by alex-ness at 3:20 PM No comments: Links to this post

I was wrong, but it is still not a best case scenario.

For a considerably long time I was of the opinion that producers and talent recruiters of television reality shows, court shows, talk shows have placed before the public members of minority groups, sexual orientations, and economic class who seemed deficient in morality, intelligence, and wisdom for a specific reason.  That is, for whatever sort of reason, they wanted to present a certain story and narrative to make Americans feel a certain way towards those groups.   (Some shows are better than others, regarding the presentation of other people).

I no longer think this.  As I taught a class as a teaching T.A. during my time at NDSU, I taught a course that would be called or considered to be an Introduction to Humanities.  It had a different name, but, frankly it was a how too class made for people who would not have otherwise taken a Humanities course.  One aspect of the course was to know what we were being taught, when diverse groups of people are involved.  First contact between cultures, how scholars reported to their own cultures the new culture, and what happens when cultures exchange products of their intellect, creative communities and industry, humans tend to bias the information they share.  For instance, the alien culture, so to speak, is presented to the visiting culture as being odd, exotic, or weird.  Presenting the exotic as commonplace is a way to make people interested, in the case of popular fiction and media, and exotic as commonplace is a way to label the alien culture as being quaint, cute, less than the base culture, or rarely, much higher.

That is a 140 or so word description of a fairly difficult concept.  But the point of it all, is that it is in our nature to present "others" in fashions that are meant to entertain, and probably, maintain any sort of bias or disadvantage the base culture has towards the alien/other culture.  In the case of television in America, Jerry Springer shows people in a light (whether fictional or some version of truth) that makes it easy to dismiss any of the more serious stages that a viewer would have to seek out to find.

I believe Judge Judy is bright, the show is well done, but almost all of the less than normal, or just plain idiotic cases feature angry members of various ethnic groups demanding ridiculous things.  By watching one can feel many things, justice is served, those darn sewer dwellers didn't get away with cheating, or oh look, the ugly welfare mom with 12 kids didn't win her case.  None of that is necessarily "wrong", but taken with the mass viewership, a certain view of humanity is presented.

The Maury Povich Show features women seeking to find the fathers of their children, and usually, the person has been seeking and the numbers of possible fathers is insane to the normal person of any normal community.  Here we are, this woman is 1000% percent certain that one of these five guys are the father... and then it isn't any of them.  Then we are entertained by the drama, and reassured that the ethnic group most often presented has a lot of partners and fatherless families.

I am not suggesting that we are doing it worse than ever before, this presentation of the other as distinctly wrong, alien, and not deserving to be considered seriously.  It has just now, in the present era, exploded with the masses having access to more and more professionally made exhibitions of the other as being exotic, different, and not worthy of this mass culture.

As far back as 1700s when books began to be spread about to more than the cultural elite there were books by westerners who were said to have visited China or Japan, and these travel journals reported the exotic world of the Orient.  Often the writers of these reports didn't visit the country in question, wrote using the descriptions of the lands from uncritical sources, and wrote to entertain, not to educate.  Even the great Marco Polo's works had deep chasms between observation and actual truth.

However, it could be argued that as Marco Polo had excited the west about the cultures east, so too I think we might find the mass entertainment featuring the ethnically diverse to be false, yet, it normalizes multicultural life in America.  I know of many people who grew up without even one person of different race, nor even different ethnic group, in their hometown. And they had/have views about the different races that are extreme, and wrong.  I think living among the many different people, you are confronted with the inability to maintain your hate.  Maybe mass entertainment isn't so bad. Unless of course, these mass entertainment tv shows reinforce the flawed beliefs that the isolated already have.  And that is my fear.

I had many diverse views, from ignorance. But after I lived in Charlotte North Carolina many of my views were shattered.  And when in 1994 I went in to help my wife Beth teach her classes after a long hospital stay following our ectopic pregnancy/miscarriage, she introduced me to her 1st and 2nd graders.  To my extreme surprise, and honestly, delight, many of the kids of various race, ethnic group, and economic class gave me an enormous hug, because I was the husband of their teacher.  It didn't matter that I was white.  It mattered that my wife loved her kids, and they figured I was worth loving too.  That was the moment that I stopped holding in reserve dark views of others.  Now I realize there are plenty of wrong doers in this world.  And some are wrong doing right now. But they are individuals.  Not a group.
Posted by alex-ness at 2:12 AM No comments: Links to this post 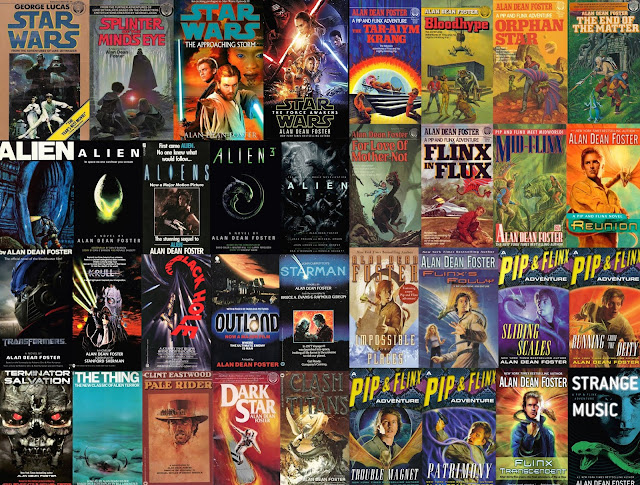 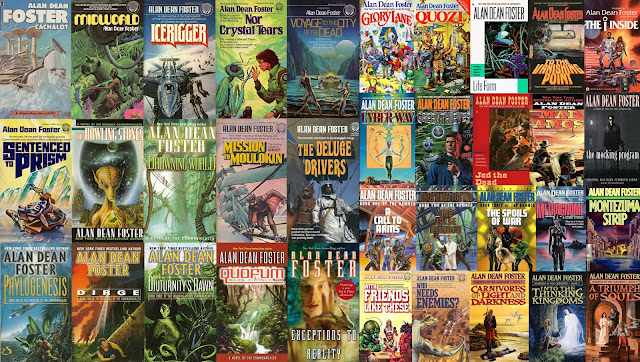 Posted by alex-ness at 5:37 AM No comments: Links to this post