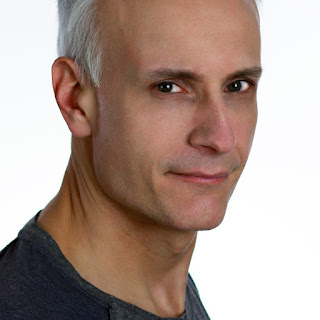 I have not met Nate Barlow in person, but I have spoken to him on the phone, and he was part of my interacting with Frank Beddor, producer of Something about Mary and author of the Looking Glass Wars.  I viewed and I think reviewed his film with Adam West, and enjoyed it, and have always admired his desire to make film, to understand it, and to pursue it in a way that produces interesting and different content. So, I present to you an interview with friend, Nate Barlow.

Alex: What can film do that other media cannot? Is film the highest form of medium? If so, how so? Do you see film as ever being overtaken in such a consideration? For example, could an interactive video game or reality programming on television actually be able to get more deep in a viewer's mind than a film?

NATE BARLOW: Film provides spectacle, a shared experience, even a uniting one, and does all these simultaneously—all the more so viewed properly, on the big screen, larger than life as film was intended, with an audience culled from across the gamut of society. Other media simply cannot match film in those regards, maybe individual elements, but not the potency of combination. Game of Thrones brought a level of spectacle never before seen to television, but lacked the communal aspect of being watched together in a theater. Online gaming may be a “shared” experience, but I’ve yet to see one, no matter how great the graphics, that so completely transports one to another world as Star Wars. Partly due to the lack of big screen experience, but also partly due to the nature of the storytelling. Multi-threading is a skill in its own, but lacks the power of bringing all story elements to bear in single minded focus.

That having been said, as much as I love film (movies are my first love alongside books) I would not dare call it the highest form of media, though perhaps the one with the highest potential for greatness (again, alongside books). Each form of media serves a unique purpose and provides a unique experience. Film cannot match television in terms of extended storytelling with myriad arcs, but film’s message can be more powerful and impactful in its conciseness and singular completeness. Video games can be shared, but rarely are done so in en masse in a single physical space. It’s the same reason that sports are so much more thrilling in person than on TV. Even if (or should I say when) we reach the point of a fully immersive virtual world unmistakable from reality, since each individual’s actions in that universe affect his or her unique perception of it, we will see a situation involving millions of smaller interconnected personal experiences, not a single larger shared event and the impact that delivers.

Alex: What have you done as a filmmaker to make yourself best able to enter the world of film? Is it by doing, by education, by watching the work of other filmmakers? What films have you personally created or assisted directly in making happen?

NATE: Watching movies is the single greatest training, for that teaches the artistry, maybe not explicitly, but at a subconscious level. I had the good fortune growing up of viewing many classic movies on the big screen, not just on video. My father taught at Wesleyan University, which has an amazing film studies program, and he would take me to see their weekly movie. Not every week, but often. I cannot stress enough how influential that experience was on me, both on my future art but even on the decision to become a filmmaker.

That is an education that continues throughout life, watching more and more films, whether on the big screen or at home.

My explicit understanding of the artistry I absorbed subconsciously came from a single filmmaking class I had the opportunity to take in college, followed by my subsequent reading on the matter. The actual mechanics I learned working on set, learning by doing, old school, almost apprenticeship style, as was back in the case of the Hollywood studio system prior to the advent of film schools.

I’ve worked mostly in the indie world. A lot of projects, many of which have received distribution, but not massive amounts of mainstream attention. The most notable to me, of course, are the ones where I was a principal team member, such as my directorial debut Tales From Beyond starring Adam West and Random Encounters with Abby Wathen, Michael Rady, and a then unknown Meghan Markle (a film that I wrote). Almost needless to say, Random Encounters received significant attention across the pond and even a re-release that roughly coincided with the royal wedding. 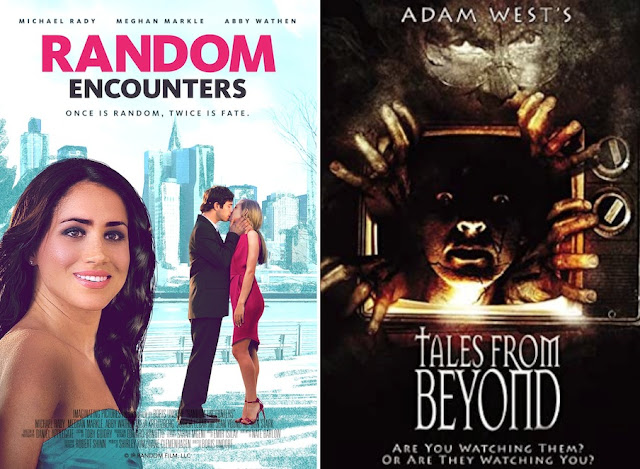 Alex: Speaking only of the concept of successful art, tell me five of the very best films ever to appear.  I am not looking at popularity, nor even of awards.  The answer can include television or advertisements or even propaganda films from the war years.  How did you choose such a list, and are there perfectly made films that don't appeal to people?

NATE: That’s a tough question. So many great films, for so many great reasons. So, in no particular order, and not necessarily the best five in my opinion, just five of the best:

Citizen Kane: Admittedly so commonly listed among the all-time great films as to be cliche, but inclusion that is always warranted. The ultimate character study, how a man becomes the man that he is. Perfect execution. The mystery of “Rosebud.” And the final warehouse scene, one of the most influential scenes ever.

A Clockwork Orange: My other favorite character study. Alex is quite simply the greatest movie anti-hero. A chilling commentary on society and where the lines between the rights of the individual and the safety of the populace at large should be drawn. Many issue films fail for focusing too much on the issue and not enough on story; A Clockwork Orange does not. And the use of music is unparalleled.

The Wizard of Oz: Few films have captivated generations like Oz. Brilliant special effects, still fantastic to this very day even with all the advances in FX technology. The transition from sepia Kansa to Technicolor Oz, absolutely inspired. Cinema’s most enduring song. The Wicked Witch is terrifying, Dorothy’s companions relatable, Dorothy herself a part of all of us. Judy became an icon, the film the most watched movie of all time.

Pulp Fiction: I know a lot of people prefer Reservoir Dogs, but for me Pulp Fiction has always been Tarantino’s best film, and, to my mind, his most important. Why? It brought the 1990s indie filmmaking revolution to the mainstream. The film had buzz that extended far beyond the normal radius of arthouse fare, launching independents into the public consciousness in a way they had not been previously. An absolutely killer script enhanced by excellent performances, a revolutionary film.

Raiders of the Lost Ark: A crowd pleaser? Yes. Popcorn fare? Undoubtedly. But pretty much the perfect action-adventure movie, often imitated—and considering cinema’s overall shift towards such escapist fare, often truly means often—never duplicated, rarely even approached. Never a dull moment, but, more importantly, not lacking the other elements that make a film great. For better or for worse, it’s influence on the future of movies cannot be denied, one of the reasons it makes this list.

The Godfather, Vertigo, La Dolce Vita, so many other films deserve to be listed, are even better films, but I wanted to pick a cross-section of different films for a gamut of reasons.

Unquestionably, many perfectly made films exist that simply don’t appeal to people, for a plethora of reasons. Some content is unpleasant to watch, no matter how well executed (although those that succeed in that matter, like A Clockwork Orange, stand out all the more for their success). Salò, or the 120 Days of Sodom is a perfect example, a movie so horrific as to be almost unwatchable, but well-constructed and scathing in its commentary.

Alex: I've no interest in poking fingers in the eye of any director or producer, but, maybe the movie viewing public here.  Are there films that succeed due to the public love of subject, while films that are brilliant made by or with lesser names that get no love?  I am asking this as I hear often how taste and quality dovetail in the end in recognition with awards. Do the awards get it right even if the audience does not?

NATE: Absolutely. Look at the current swell of comic book movies, which go beyond even the business of star-driven projects purely to subject, the highest of high concept. They do have their place—movies have always provided escapism—but they do grow oh-so-repetitive, all but the best of them failing to break new ground, and those that do so only by masking deeper goals under that guise.

Beyond the comic book crop, Hollywood has always been star-driven, which situation has nothing to do with the quality of the filmmaking. So, yes, brilliant movies are often overlooked in the shuffle. Indie films have always fought that battle. Fortunately the rise of streaming services has provided a new outlet for smaller films. Indeed, documentaries have entered a golden age thanks to streaming and the ability to find niche audiences financially unfeasible to reach otherwise.

Do awards get it right? More or less. Not always the most worthy film in a specific category, but at least one worthy of note. Indeed, it’s the one area where Hollywood does not kowtow to public whim and the almighty dollar. This has everything to do with the artists voting on the awards as opposed to uncreative MBAs only interested in the bottom line. History has shown, though, that audiences will support quality work. It takes more work to position and market lower concept or niche films, and the balance between budget and box office is more delicate, so really it’s laziness on the part of executives, not audience disinterest that is the problem. Such films have lower budgets and thus actually represent lower financial risk, but since the work to take them to the ideal market is greater and the potential return on investment less (no matter how much more likely that smaller maximum positive is to achieve), studios favor what they believe to be “easy” crowd pleasers.

Alex: What projects are you working on now, how might my readers find you online, and if you could make a film with your having any talent involved, no budget worries, and absolute ability to get it made and watched, what kind of film would you want to make?

NATE: My two primary projects at the moment are two documentaries. The first is an experimental short on the Hollywood Sign that I directed entitled A Brief History of Hollywood which has been playing film festivals around the world. The other is a feature that I co-produced about the craft of scotch whisky entitled The Water of Life. We are currently self-distributing that movie to our core audience of whisky drinkers before taking it to streaming services and other distributors for a wider audience.

Of course, I have many other projects at various stages of development and/or completion. I’m currently writing two books, rewriting one screenplay and packaging another to shoot, and researching yet another documentary on an early silent film production company.

If I could make my dream project without any strings attached, it'd be a big-budget studio spectacle, either a historical epic or a fantasy/sci-fi world. That ability to create—or recreate—a universe, to transport viewers someplace or some time they’ve never been, is simply magical, and something that film does better than any other medium. 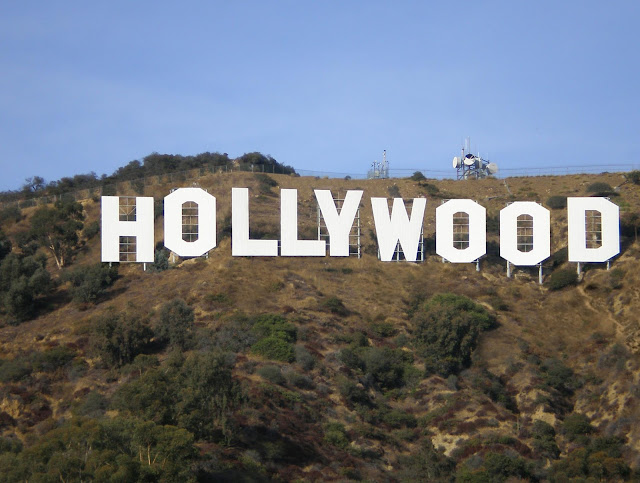