In the Glow of the Completion of Interview week 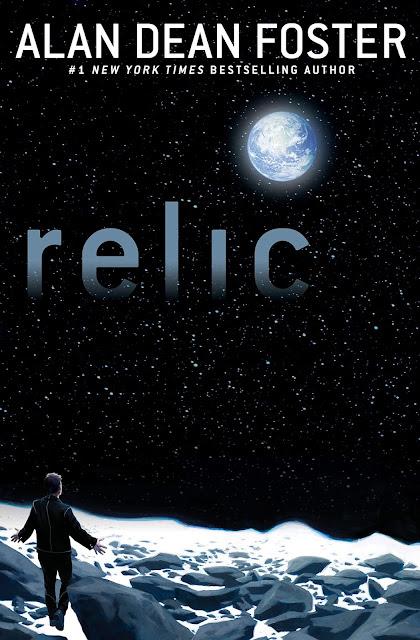 I have to say thank you for the many people who responded to my request for interviews. The answers given were very interesting to me, and the time spent by every person participating was appreciated by me, and will forever be considered a gift of time and attention that I'll not forget. As my health issue that originally was the reason for the event changed and the surgery postponed until later, I still have issues, but I deeply appreciated the effort and time given to me by others. I don't have a clue at this point when the original surgery will be rescheduled. Covid sucks massive dick.

Let me say thank you in a direct way. To Michael May, Mike Carey, Diedra Drake, David Hine, Kim Cormack, Holly Dobbie, Clyve Rose, Jason Peters, Erik Larsen, Nate Barlow, and Tyson Allison, I wish to express my deep thanks, my appreciation, and manifest best wishes for your success in the future works you release. I'm humbled to have had your attention for the amount that I did, and I do not see it as free, nor as given without cost. Thank you.

In this world it seems that the human race has come to a final survivor of a final extinction event. But rather than a morose accusatory screed, Alan Dean Foster weaves a tale of love, hope and a future. In this story aliens play a role in human evolution, or, rather human survival. This book reminds me in parts of Mary Shelley's The LAST MAN, 2001 SPACE ODYSSEY and the wonderfully powerful movie INTERSTELLAR, so it has a hold upon some truly powerful themes. And since we've heard for the last 30 years that humans have caused global climate change, that they've polluted the deepest reservoirs, stolen a future from our children, a work like this could be dark as hell. (Or even worse than dark, we've even had scientists suggest this generation will be dead before the end of the 2030s.) The reason this work is so powerful, is that in the species extinction, Foster finds a way to reimagine the end, and give humanity hope. I am a fan of Alan Dean Foster, yes. This work goes beyond my appreciation of his writing and ideas, it made a deeper impact for me because of the power of hope he offers the reader. I had tears in my eyes, and at the end of this f-king pandemic, it was a source of comfort, and beauty.

As some emailers have noted, I have become highly enamored of the work of Aaron Kerr, and his various associated groups and projects. When I met him at a bookstore I love, I was taken with his clear intellect, and worth as a human. Eventually that in person meeting turned into a large, really good interview. I am an introvert, to the extent that it actually interferes with how I deal with people. There are people I've met who I know would be amazing to get to know, but never go beyond a smile or kind hello. Over time he and I would trade his music CDs for my poetry books.  To say that I was humbled to make the exchange would be an understatement. I vastly admire his creative talents, and to be "sanctioned" by a sort of equity of esteem for the other, moved me far beyond my ability to express.

But beyond the exchange, I can tell you that there was something in the music that I couldn't express what it was, but it lingered, like an echo, or a scent in the air that reminds you of a moment in your life, and the moment wasn't remembered for an event that was bad, it was a moment you want to linger in, to remember, to allow this music to continue to evoke in you this place and time. Much of Aaron's work that I had listened to didn't have lyrics, and, while I know people who tell me that instrumental is an exalted form of elevator music, this was quite the opposite.  I was able to revel in the good things, and banish the bad or sad thoughts from my PTSD affected brain. 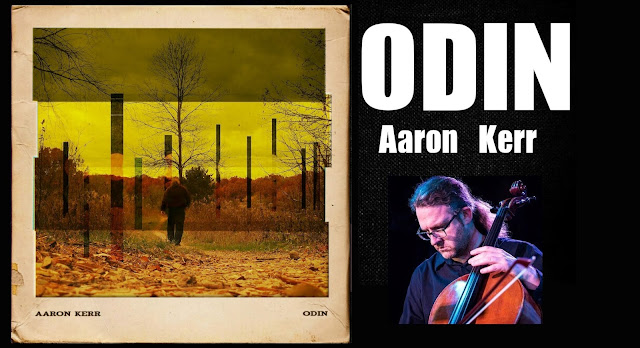 Then, when I chatted with Aaron about his projects, I realized, we have very similar interest areas. And the exciting thing about that, is that when you meet someone you respect, perhaps in awe of their abilities or perhaps not, discovering that they read about the same things, research, for any purpose the same subjects, leads you together down a path. When I was moving from my grad school era apartment in Fargo, back to Minneapolis with my wife, I'd run into one of my favorite professors at Walmart or Target. She was with her significant other, soon to be her husband. She introduced us, saying, Hey Alex, this is my significant other or boyfriend or whatever term she used, and Patrick, this is Alex Ness, And he is moved in ways we are moved. What she was referring to was an ethic of life, and view of worth of all people.  As well as outlook, areas of similar interest. But the reason I mention this, is that she was far left, and I was a-political.  It moved me to tears afterward that she saw us as being similarly moved, because to me, in the words of Deng Xaioping, It matters not the color of the cat, so long as it catches the mouse. We can debate or discuss anything, but usually wherever you end up, people on the journey have their own path to follow. This constant, of the path being different, doesn't make either person's path wrong. With Aaron I realized we had the same interests but have perspectives about the subjects, that are, almost certainly, very different. For me this is always an opportunity to learn.

When I realized I had views I wasn't happy to have, I prayed to God to give me reason to change. And shortly thereafter, I experienced people from every area of life who I was troubled by.  When I was 15 and called friends Communists, I was insulting them. I had became convicted in spirit by a very moving story I'd read of a person growing up Soviet, and the troubles they had doing so. I began reading about the world of the Soviet Union. By doing so I had developed respect for the revolution and system, however flawed it might be in practice. Over time what I've done, is that have I chosen to have the people in life be teachers so I can understand more about this existence. And more than tolerance, I want to accept every person who exists who is not evil. Tolerance is the bare bones of my existence, whereas acceptance gives me a vast number of reasons to hope and find reason to endure.

Listening to the music of Aaron Kerr fills my spirit with hope. And with his work ODIN something more was going on than the spirit of the music. As it begins there is a single sound, an unique voice of an instrument, and as it proceeds there is a process of adding instruments and sounds, by such adding layer after layer of meaning, as well as adding context. Should you listen to Wardruna or even metal bands that evoke a Viking sound, there is a driven content, like the winds that carry the ships to the enemy shore, or the power and fury of the lightning in the God Thor's hammer. This is entirely different, without being less powerful, or less meaningful.  By subtle construction of the layers of music, there is an impact, and by the power and rhythm of each song, there is a message being told. The meaning comes from the emotion packed deep in the sound, in the constant interaction with the listener. The meaning comes from the mental images created by the power of the sound.

As a person who has written hundreds of Viking era poems, and have had them published, it should become clear, that I am a fan of the subject. But beyond my own personal interest, I have learned that I have Viking heritage in my DNA. In fact, I am 95% Vikings, mixed of Swede, Norwegian and Baltic/ Northeastern Russian. So, I confess, I think it is possible that the reason this work moves me is that is flows through the memories of my ancestors.  I do not know that this is possible, but it feels so. This brand new work by Aaron Kerr is powerful, and I feel it in me. It is good. And more so, his music heals me.

3 AUTHORS & 4 BOOKS I LIKED THAT THEY WROTE

I am a fan of a variety of talents in different areas.  This will be a small feature where upon giving you a small blurb about an author followed by an image of 4 books they wrote that I enjoyed. The 4 books are shared as suggested points of entry to that author's work. I'm not actually saying that these are the best of that author, more accurately they are books I really enjoyed.  Some names will be familiar to you, but others will likely not be. I don't mean this to say these are the only great writers, obviously.  Just to offer a taste and why I do like them.

I've heard that modern readers don't find themselves moved by Clark Ashton Smith's writings.  If that is true, I am not modern.  Upon reading my first Smith work I said to my self, this is a writer who is writing for me alone.  His various outlooks, varied interests and ways of expression are in my taste zone. Add to that the mythic content he delves in, he is probably my favorite writer.

In terms of writing skills and his presentation of an idea, and in his the purity of word, Robert E. Howard works for me in ways almost no one else does.  His characters, however drawn, perhaps have similarities, and they exist in a universe less developed as hewn from stone, he writes nonetheless solid tales.

In the ways Ernest Hemingway, Robert E. Howard and Truman Capote evoke using economic phrasing and construction of sentences, Lord Dunsany is the opposite.  His lush sentences, his word use, his construction of an aesthetic, ethos and universe, makes him a master of the word.  Some modern readers might see his writing as complicated or heavy, it works for me because it is so rare, so beautiful, that I am able to relax and dream with his voice narrating my dreams.

ABOUT GETTING REVIEWS FROM ME

First off, I can be found on Facebook, Twitter or through email at Alexanderness63@gmail.com. I accept hard copies, so when you inquire at any of these places, I'll follow through by telling you my street address. I no longer have a post box, although I regret that.  It was a crushing defeat to no longer have a p.o. box, when I came to realize I was getting so little product it made no sense to pay for the privilege to not receive mail at both my home and at the post office. If you send hard copies for review I will always review them, but if you prefer to send pdf or ebooks to my email, I will review these at my discretion. I don't share my pdf/ebooks, so you can avoid worry that I'd dispense them for free to others.
My Amazon Page Amazon.com/author/AlexNessMy Poetry Blog alexnesspoetry.blogspot.com
My Published Works alexnesspoetry.blogspot.com/2007/01/My-Work.html
Lovecraft Horror cthulhudarkness.blogspot.com
Lost Worlds alexnesslostworlds.blogspot.com