Several years ago, Nicholas Cage was signed to star in a Superman movie.  The movie never came through, (which is probably for the best, all things considered), but during the brief period when it looked possible, I saw Cage on a talk show discussing the project.  He said that he had initially been leery about wearing the traditional Superman costume, because he thought that red briefs over the blue tights looked, well, embarrassing.  The designers for the project made up some sketches of alternative Superman costumes, and he took the sketches home to show his son.  Cage’s son was unimpressed by them, and persuaded his father to stick with the traditional look, because the sleeker, trendier designs didn’t Look Like Superman.

Since then, the Superman movies which have come out, and the New 52’s Superman from the comic books, have chosen to disregard the wisdom of the young Mr. Cage.  Whether this is a good or a bad thing is a matter of taste; but it does bring up one of the enduring mysteries of comics:

Why DOES Superman wear his underwear on the outside?

Superman, of course, was the first.  The super-heroes who followed him also followed his precedent of briefs over tights, simply because Superman had set the model for what a super-hero ought to look like.  But even then, the convention received its share of good-natured ribbing.

Sheldon Meyer was arguably Superman’s very first fan.  According to his own story, when he was a young man working as editor for comics publishing pioneer M.C. Gaines, he persuaded his boss that Siegel and Schuster’s outlandish hero, who had been rejected by every newspaper syndicate in the country, could be a success.  But even he recognized the silliness of superhero costumes.  He created a super-hero parody of his own, The RED TORNADO, who wore a tablecloth cape and a helmet fashioned out of an old spaghetti pot along with – and this is the most important part -- red woolen long johns with a pair of boxer shorts over them.  Because that’s what those funnybook heroes wore.

The meta reason is that when Jerry Siegel and Joe Schuster created the character, they wanted to evoke the look of circus strongmen and aerialists, and so based his costume design on the tights worn by circus performers.  Another reason which occurs to me might have been that curved edge of the “briefs” show the contour of the figure’s torso and legs, giving it a sense of form and making it look less flat.

But those reasons don’t really serve as “in-world” explanations for why Clark Kent, upon embarking as a career as a costumed hero, would dress that way.

For much of Superman’s history, his writers have just ignored the subject.  Superman looks the way he looks because that’s the way he looks.  Some of the earlier comics depicting Krypton suggest that the briefs look was a Kryptonian fashion, but I don’t think it was intended that way.  I know of one fan who insists that the costume is peer-pressure; that the briefs are a 30th Century style that Superman picked up during his youthful adventures with the Legion of Super-Heroes.   More recently, it’s been established that Ma Kent made his costume, so perhaps Clark just never wanted to tell his mom that he thought it looked doofy.

A friend of mine who with his wife make costumes as a hobby gave me another perspective on this matter.  He was telling me about a really bad costume he once saw at a comic book convention.  It was of Cloak, from the Marvel comic book CLOAK & DAGGER, and it was essentially a dark hooded cape worn over a black body stocking.  Cloak did not wear Superman-style briefs, as the character was created in the ‘80s after super-hero fashions had shifted a bit.  Neither was the guy in the costume wearing a jock.  “You could tell,” my friend intoned somberly.  “Spandex is unforgiving.  It shows EVERYTHING.”

That seems like a practical explanation right there.  Superman has to wear something in addition to his tights for the sake of modesty; and he wears them on the outside, because if he wore them underneath, people could see his panty-lines which would look silly too.  At least on the outside, the briefs become a design element in the look of the costume.

But something else occurred to me too.  And here I’m afraid I’m going to have to allude to Unpleasant Bodily Functions.  I recently read a satirical piece pondering those questions which the movies never answer, such as: how do movie super-heroes go to the bathroom?  Their costumes certainly don’t appear to be designed for that contingency; which is even stranger when you consider that unlike the costumes worn by comic book characters, these have to be worn by actual flesh-and-blood humans.

I can only think of a couple instances I’ve seen where this issue has come up in the comics.  One of them was a bit from Alan Moore’s WATCHMEN in which Nite-Owl recalls a case where he had to heed a Call of Nature while out on a stakeout.  By the time he was able to get back, the criminal he wanted to tail had already left.  After that, he says, he re-designed his costume so he wouldn’t have that problem again.  Silk Spectre does not seem particularly anxious for him to elaborate; and frankly, neither does the reader.

But while musing on this, it all came together:  Super-Hero Bodily Functions, The Man of Steel’s Underpants, the Unforgiving Nature of Spandex; even Red Tornado’s Union Suit.  It was all connected.

The traditional red woolen long johns, such as those worn by Ma Hunkel in RED TORNADO and immortalized in the classic novelty song “Walking In My Winter Underwear” sported a flap in the back, secured by buttons, which could be unfastened to provide convenient access when the wearer had to Do His Business.  By necessity, Superman’s tights would need something similar.  Ma Kent is a practical woman; she would have thought of these things when she made the suit.

And when the woolen long johns were depicted in low-brow cartoons, the flap inevitably came undone, offering a glimpse of the wearer’s hinterlands.  I’m pretty sure that Supes would want to keep his privates… er, private; so in order to do that and still keep convenient access for moments of necessity, the obvious solution would be to cover up with something that can be easily removed.  Like his super-panties.

That is my theory, anyway.  If an explanation is really needed.  Perhaps it’s just better, though, to simply say that Superman dresses the way he does because he’s Superman and that’s what Superman looks like.

Recently throughout the United States there have been incidences of racist acts of defiance, vandalism and violence.

There are of course many reasons for these.  Amongst them is the raging wave of assholes that our society has created.  Another reason is anger by some over the perceived "special" rights some people get to overcome the legacies of the past.  But mostly, in my opinion, these are cases where people are being cooked up, by the media, to feel a rage against a system of untruth.  Whatever the case, the academic, law enforcement, military and government agency involved, all find ways to address whatever event without addressing the event, and without telling the truth.  I believe the rage of the youth comes from a sense of anger at being lied to, even passively.  When you throw in all the other shit, like racism, privilege, and classism, you end up creating a house of cards that will fall, because it is not founded upon truth.

Am I blaming anyone?  No.  I think the reason for the attempts to create a language where blame is removed was to make language clear and to make language not the issue when people discussed or debated issues.  What we have now, in my opinion, is a lot of well intentioned people saying nothing and wondering why people can't understand what they are trying to say. 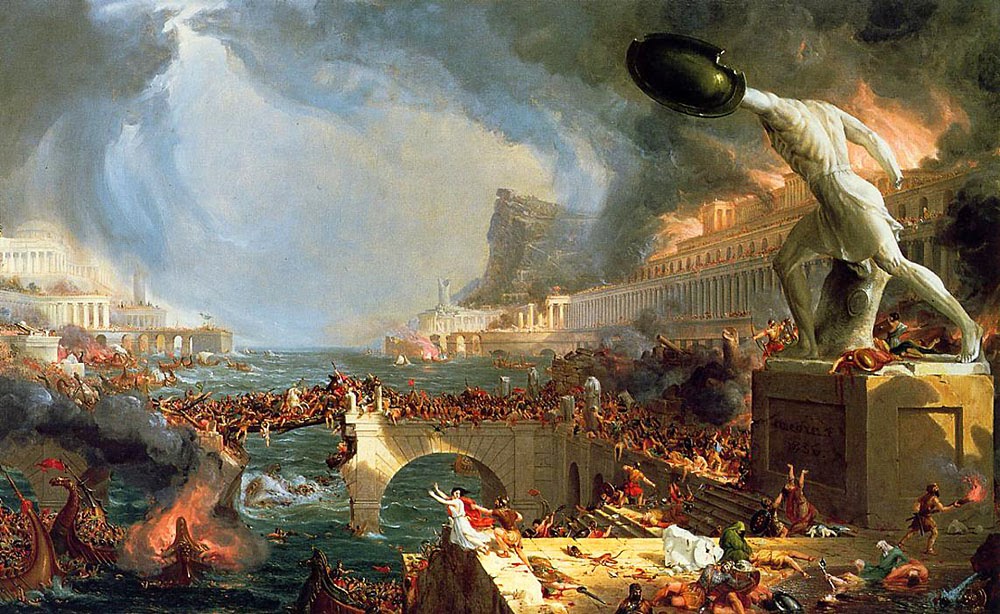 This lack of clear and direct language and lack of blame or assessment of failure makes change almost impossible.  Since Poplitiko has been about considering culture and this is throughout culture, on every side of politics, race, and gender, I do not see how it will change.  Until a great disaster destroys cultures.  They will have to rebuild culture or start over when there is nothing, and then things will change.  But I don't look forward to then.

Our society may have reached its peak.  If so we are bound to face a collapse.  I hope not.


Posted by alex-ness at 5:12 PM No comments: Links to this post